I was raised in a musical home. My mother, Linda Meissner from the pages of the book, “The Cross & The Switchblade,” together with Trena McDougal and Becky Lozano, started a musical trio that toured the USA and released several albums. My home was always full of music: classical music, jazz, and worship. From ages 6-14, I received weekly private lessons. I participated in several piano concerts and competitions. That’s when opportunities began to open for me.

I was a soloist, and substitute director, for the professional choir, Kefas, led by Peter Steinvig, with whom I traveled and performed extensively both in Denmark and abroad (including choir festivals in Italy and Poland). I also directed my own choir, Amager Gospel Choir, and I hosted a weekly music radio show at Radio Amager. During this time, I was also the music & choir director at International Harvest Christian Center, for Pastor James Commey.

I worked as the personal assistant of Paul Kall Knudsen, chairman of Christiania's Legal Group on criminal and social justice issues. The most interesting aspect of the job was to witness–first hand–the interactions of politicians, lawyers, journalists, criminologists, researchers, gang members, drug dealers, etc. I had the honor of meeting such distinguished personalities as Jacob Ludvigsen, Tine Bryld, and Erling Olsen.

I served as a music & choir director at United Methodist Church, Copenhagen, for Bishop Christian Alsted. During this time I also pioneered and organized Young Copenhagen Gospel Festival. I married my wife of 18 years in 2003. We have three children. In 2004 we moved to Latvia, where I was employed as a music & choir director. I traveled extensively throughout Eastern Europe, Ukraine, and Russia, training worship teams and doing countless music productions, both live, in studio, and on radio and television. I performed before Latvia’s government cabinet and in the Presidential Palace of Kiev, Ukraine. I worked with artists such as Adlan Cruz, Alexey Ledyaev, Kenneth Ulmer, Pavel Murashov, Sunday Adelaja, Ulf Kristiansson, and Vaidas Vyšniauskas.

2004-2008 — Latvia's First Party
While in Latvia, I had an opportunity to work with Deputy Inta Feldmane as a volunteer coordinator for Latvia’s First Party (Latvian: Latvijas Pirmā Partija, LPP). At the time, LPP held ten seats in the hundred-seat Saeima and was part of the governing coalition. I had the honor to work with politicians like Ainārs Šlesers, Ainars Baštiks, and Juris Lujāns. Other examples of political work includes traveling to Murmansk (Russia), Chernobyl (Belarus), and Barsebäck (Sweden) to bring attention to environmental concerns with nuclear waste.

We moved to the Seattle area in 2014. We launched a non-profit, The Trail Youth (featured on Returning The Favor with Mike Rowe), a Christian Coffee House, street evangelism with 25 evangelists, and a church plant, Tacoma Faith. During this time I also taught music at Voice In The Valley, TakeLessons,  and Udemy (where I offer a classical piano course, with 30,000+ students enrolled). Since moving to the USA, I performed in many venues like Northwest Folklife Festival, Leavenworth’s 50th Anniversary Christmas Lighting Festival, and Christmas Spectacular.

In the aftermath of the riots and lockdowns of 2020, we felt led to relocate our family to Post Falls, Idaho. We attend The River Church, AG. We have started a Christian Coffee House in Spokane, and a K-12 school in Post Falls. I continue to write and produce books, albums, courses, classes, concerts, etc. In 2021, Man's Place in God's Plan was published. In 2022, the rebirth of Common Ground Choir—now in post Falls, Idaho, was launched.

Welcome to Dan Hegelund's official website. Dan lives with his family in Post Falls, Idaho. He is (1) the principal of River Tech K-12, (2) a Missionary Pastor at The River Church, AG, (3) the president of FaithC Inc. (C-corp.), and (4) the president of Faithful Five (501c3). Dan is also an author, composer, minister, educator, worship leader, performing artist, choir director, and evangelist.

On this website, you can explore my music, videos, pictures, performances, sermons, books, blog, and so on.

In 2021, I published Man's Place in God's Plan—Crushed, Loved, and Crowned. Part I of the book brings comfort to a hurting heart. I share the healing words that lifted my spirit and restored my soul to life. Part II of the book is about the love of Christ. Whereas part one repairs a broken cup, part two fills the cup with love overflowing. Part three is about your place in this world after you are mended and filled. You can buy the book on Amazon here. Read more about Dan's books here. To invite Dan for a book reading, book signing, or book presentation, email danhegelund@protonmail.com

Over the years, I have written over fifty original songs. Twelve of them are recorded on my album, Desert. You can listen to it here. Watch the video below for a sample. My music is available on Spotify and iTunes.​

I am currently recording a Christmas album which will be released 2022 and a love album for release in 2023. To invite Dan for a performance or masterclass, email danhegelund@protonmail.com​

I am an ordained pastor with Faithful Five. Over the years, I have served as the worship pastor of four churches in three countries, the lead pastor of one church, and I now serve as a commissioned pastor with The River Church, AG. We have pioneered a variety of ministries, such as Christian coffee houses, street evangelism teams, teaching ministries, a school, and choirs. Every week we see salvations, deliverances, and discipleship take place, as we preach the gospel of Jesus Christ. Watch the video below for a sample of my teaching. To invite Dan as a guest or conference speaker, email danhegelund@protonmail.com​

I hold a Bachelor's and a Master's degree in Political Science. I also hold extensive formal music training (more on that later). In 2021, we opened a K-12 school, called River Tech. We now have 35 students learning solid academics in a Christian Conservative environment. Watch the video below for inspiration.

I offer several free and paid, online and in-person courses & classes through my company, FaithC Inc. For example, I have created a free online piano course here. I have also put together a free course about basic Christianity here, and a free course about the Holy Spirit here. I also teach private piano & singing lessons via TakeLessons here. To invite Dan for a master class, workshop, or consultation on how to start a school in your church, email danhegelund@protonmail.com​

I have been the worship pastor of four churches in three countries. Now I lead worship with Jaclyn Filnacia and Cherie Milsap at The River Church in Post Falls.

I direct a children's choir, and will soon be starting an adult choir. To invite Dan to lead worship or hold a choir workshop, email danhegelund@protonmail.com​

In 2008 Dan Hegelund started a gospel choir in Sweden called Common Ground Gospel Choir. It grew to approximately 80 singers, with performances in Latvia, Denmark, television, etc. In 2022, the rebirth of Common Ground Choir—now in Post Falls, Idaho—was launched. God is not without a sense of humor! We rehearse on Mondays from 7-8 pm at There River Church, 1687 E Horsehaven Ave, Post Falls, ID, 83854. Read more about the choir here.

In 2020, we started a Christian coffee house in Spokane. We serve free food, live music, powerful testimonies, and altar calls. We see people saved and delivered every week. Jesus People Coffee House meets Fridays, 5-7 pm at 218 South Howard in Spokane. This ministry is led by my mother, Linda Meissner. 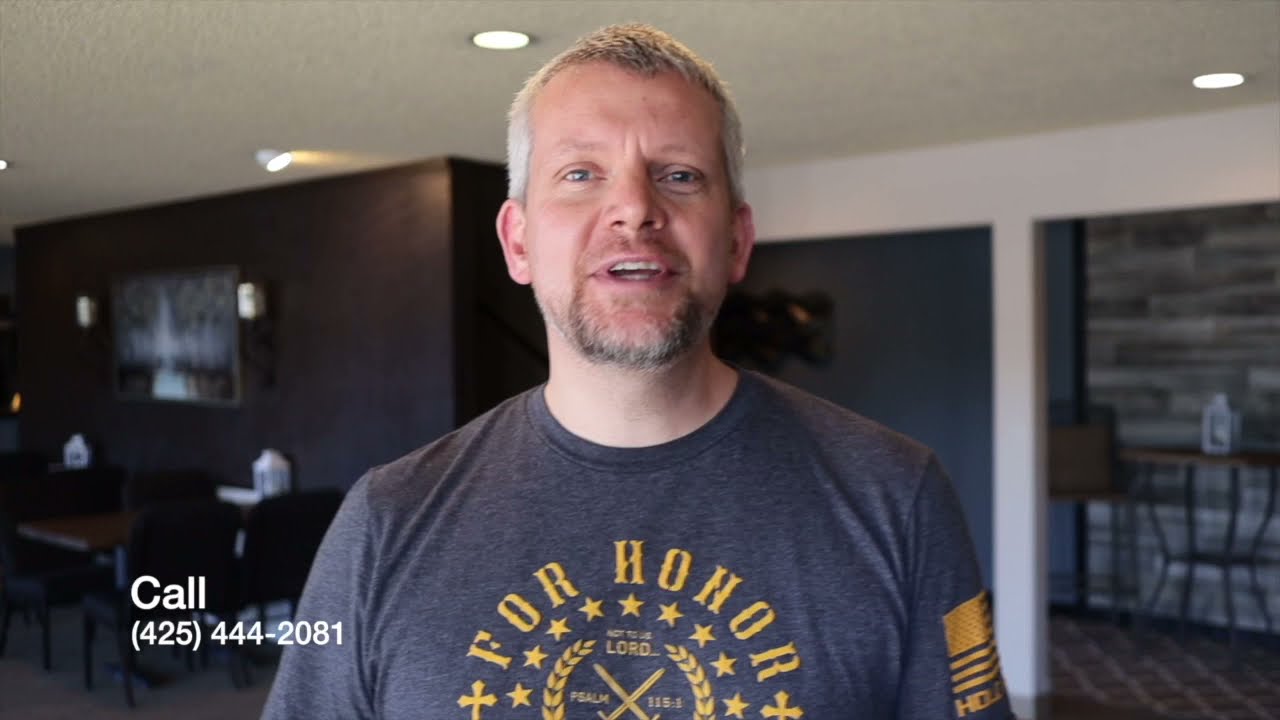 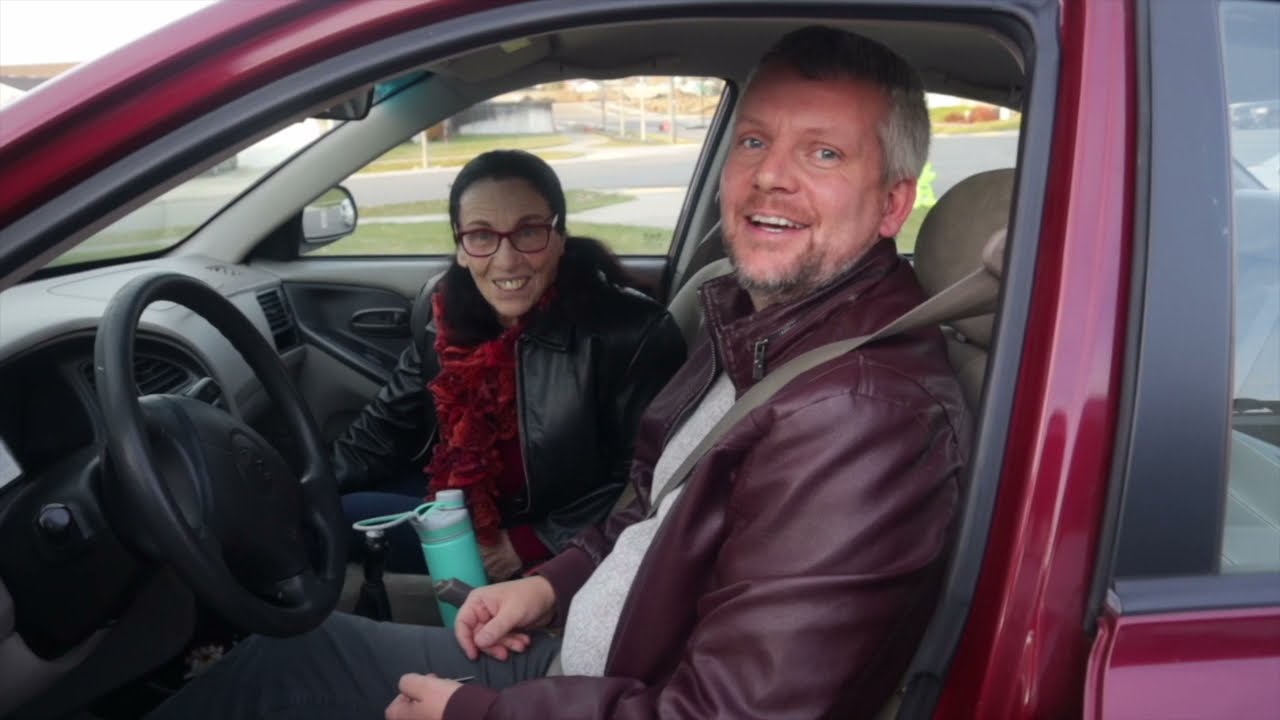 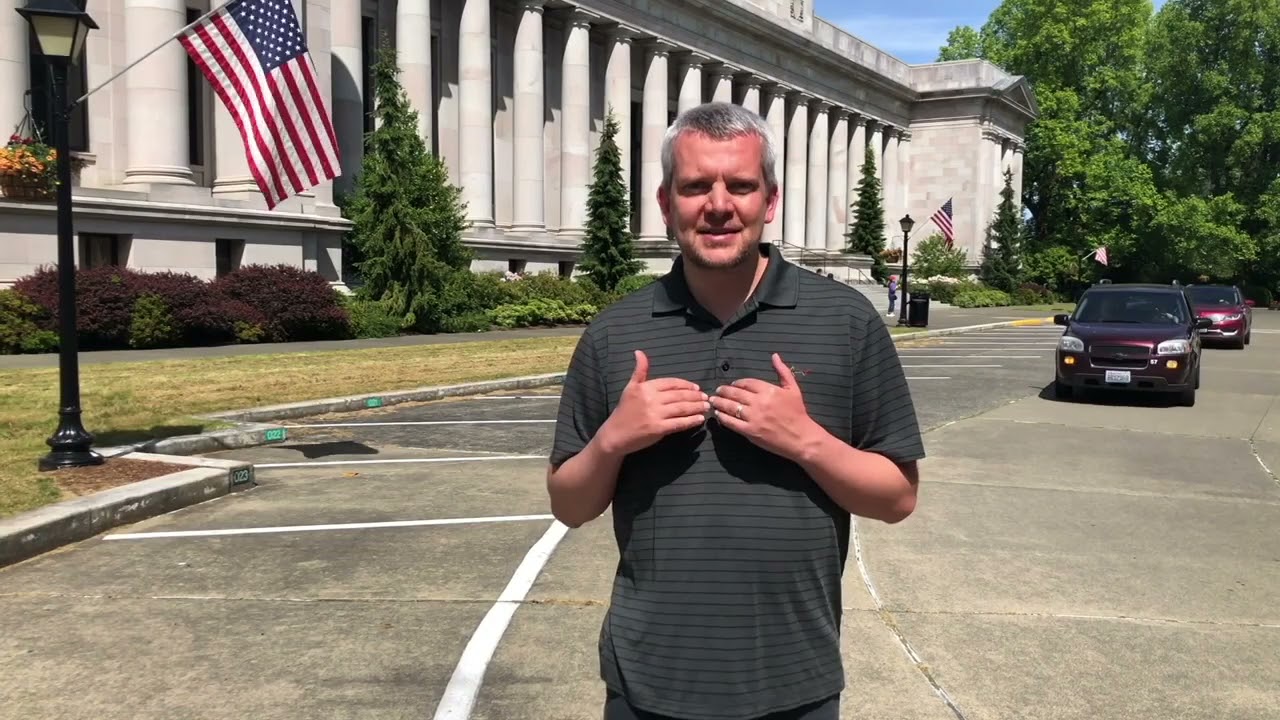 As you can see, we stay busy for the LORD. None of this would be able without your faithful support. It's true, you can give to big organizations, like the Salvation Army or Red Cross, but would you not rather give to a family, where you can see the fruit being done?  You are sowing into fertile ground, as every week we see salvations, deliverances, and discipleship take place.

Our goal is to be full-time missionaries to the U.S. and to the world for the gospel. Please prayerfully consider if you will not be a steadfast partner, that we can rely on for monthly financial support.

Tax-deductible donations can be made to our non-profit ministry, "Faithful Five", 1517 E 1st Ave, Post Falls, 83854, ID. We will send you a newsletter with revival reports.

We have joined The River Church, led by pastors Joe and Jaclyn Filancia, a wonderful, Spirit-filled, local AG church that we love to be a part of. Our family is helping in the areas of tech, worship, and children's ministry. Mary and I have been commissioned pastors there.

We have opened a Christian Conservative K-12 school with 35 students, called River Tech, in Post Falls. Dan is the Principal and Mary is the Kindergarten Director.

Dan has begun writing a new Bible translation of the book of Romans. Read about it here.

We have launched several Christian choirs, for all ages, and of course concerts, albums, and music videos.

We are beginning Alpha discipleship courses that will help strengthen Christians in their faith.

We are preparing a Spirit-led, strategic plan for missions into Vladivostok, Russia. The first missions trip was scheduled for Spring, but it may be postponed due to Covid mandates. I will keep you posted.

YOUR SUPPORT IS VITAL

Along with your prayers, please support our family as we take the gospel to the U.S. and to the world. Tax-deductible donations can be made to our non-profit ministry, "Faithful Five", 1517 E 1st Ave, Post Falls, 83854, ID. You are sowing into fertile ground, and every week we see salvations, deliverances, and discipleship take place. Our goal is to be full-time missionaries to the U.S. and to the world for the gospel. Please prayerfully consider if you will not be a steadfast partner, that we can rely on for monthly financial support. We will send you a newsletter with revival reports.